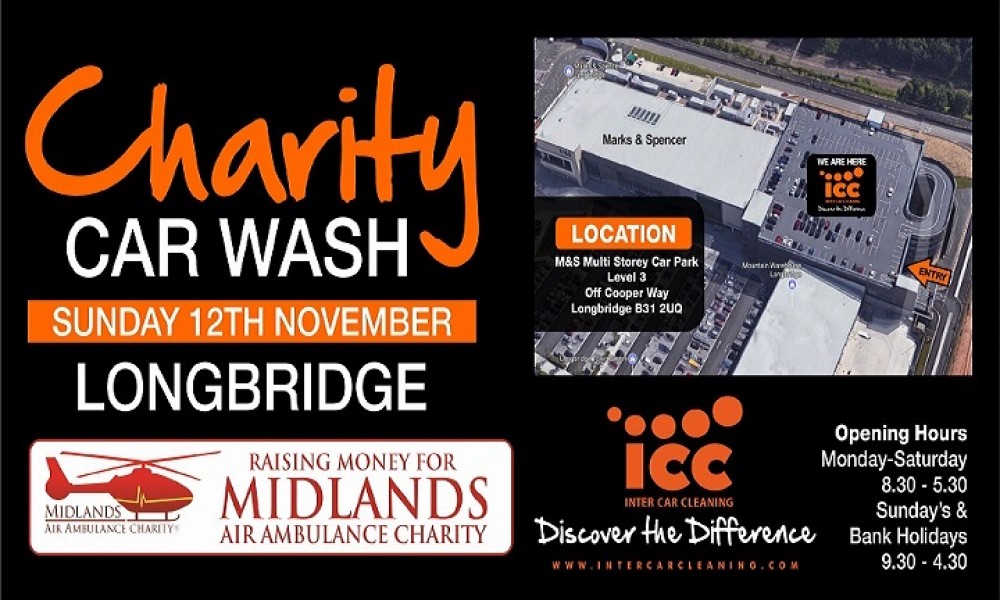 Our workers at our Longbridge site are raising funds for the above charity which is close to the hearts, 100% of all funds raised on the day will be going to the charity.

Our prices will remain the same so as much money can be made for this charity.

This constitutes the largest air ambulance operating region in the UK. The charity also provides secondary cover to the surrounding areas, such as Warwickshire and mid Wales.

Since 1991, the charity has responded to more than 48,000 missions averaging 2,000 per year, making it one of the longest established and busiest air ambulance organisations in the UK.

The charity’s three aircraft each carry a crew comprising pilot, two paramedics or flight doctors plus full life-support medical equipment. Operating from strategically located regional airbases, 90 per cent of the region is within reach within eight minutes.

If a patient reaches hospital within the Golden Hour (60 minutes after their injury) their chances of survival are dramatically increased. That is why the rapid response of the Midlands Air Ambulance is so vital in an emergency situation.

What is not widely known is that Midlands Air Ambulance receives no Government or National Lottery funding. Each Midlands Air Ambulance mission costs £2,500 and in excess of £7 million is needed each year to keep its three air ambulances operational, which is donated entirely by the public and local businesses, with four in ten of those we help funded by Gifts in Wills.

Come down to Inter Car Cleaning at Longbridge (M&S Multi Storey Car Park L3) on 12th November 9am – 4pm to also be in with a chance of winning a fantastic Chocolate Explosion bundle in our raffle.

ICC at The Fort Under New Management

This is off canvas menu widget area. To enable it add some widgets into Appearance – Widgets – Menu Section, and go to Customizer – Main menu to set the icon position.